How to find the right camper van in NZ – and our first trip! 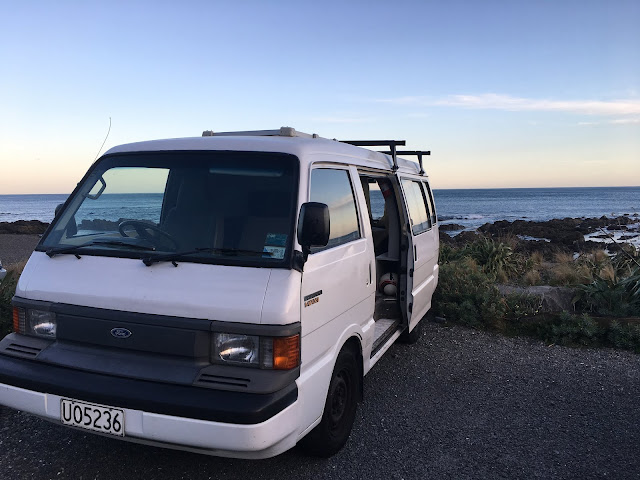 After months of searching we finally found our camper van that will take us around New Zealand for the next 4 months (September till December 2019).


About our new van Susanna is a Ford Econovan, 1996, manual and came with: solar panels (and a spare panel)a power inverter – runs from the van's battery and turns the Directs Current (DC) power into standard, Alternating Current (AC) so you can charge deviceselectric sinksurround sound speakerselectric fansseveral USB portsa portable looa bed (with plenty of storage underneath)50L Brass Monkey fridge. What it means to be self-contained Susanna is also self-contained which means we get to camp pretty much anywhere in NZ (that's marked as a self-contained campsite).

To be self-contained you need certain things, such as a portable loo and a drainage system so you're not spreading your waste all over the place – nice.

Check out how to get a certified self-containment certificate.

Getting lost in Egmont National Park and Taranaki, New Zealand 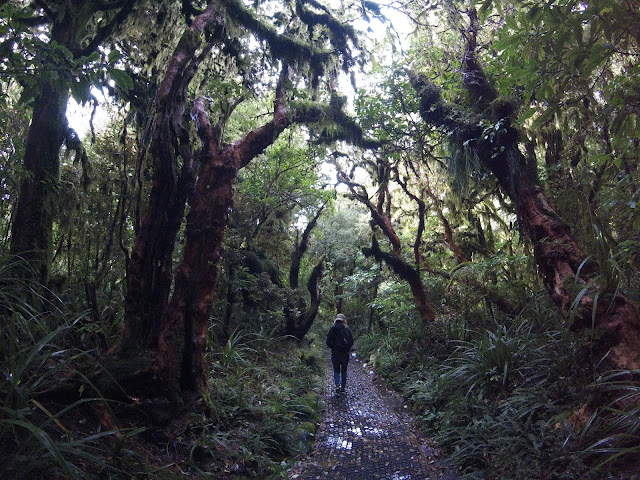 We've been in Wellington nearly 3 months now and wanted to seek some adventure in our new little Nissan – so we looked at the map for the nearest volcano and out popped Mount Taranaki.


Mount Taranaki, also known as Mount Egmont, is in the region of Taranaki (go figure). Taranaki is slap bang in the middle of Auckland and Wellington on the west coast. The volcano itself is near the city of New Plymouth, which we wanted to check out too as we'd heard that it's very artsy and trendy.
The journey from Wellington It's a 4 and half hour drive (well, that's what Google told us) from Welly to Egmont Village – where we were staying for 2 nights. With the car all packed up, Fleetwood Mac on full whack, and a Peoples' coffee in tow – we set off on State Highway 1 out of Wellington.

The drive isn't so bad once you leave inner and outer Wellington, but coming from someone whose driven the horrors of motorways in the UK, it isn't exactly chocker like the M1. After ab…
Post a Comment
Read more 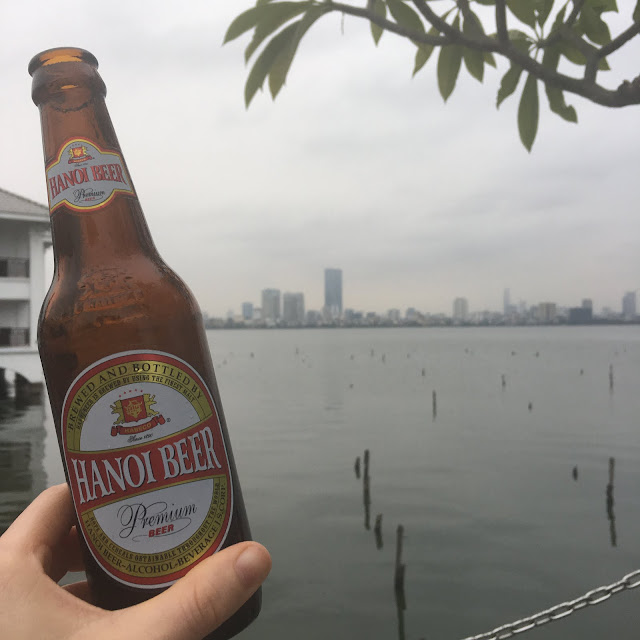 It's one of the first things you Google when planning a big trip: "How much money do I need?"

I can only tell you from my recent experience of how much my partner and I spent on accommodation, food, drink (mainly coffee and beer), and transport in Southeast Asia.

How much you'll need really depends on a number of things:
how long you want to stay in placeshow many places you want to travel tohow you get around, for example cheap buses vs planesif you like drinking lots of beer and coffeeday trips and excursions.
Our itinerary  Over the 3 and half months we went to: Thailand - 1 monthLaos - 1 weekVietnam - 1 monthThai islands - 3 weeksMalaysia - 2 weeksSingapore - 4 days In total we spent just over £5,000. Now let's break down the costs. Accommodation Overall we spent: £1,665

Getting inked in Ho Chi Minh by Shiiworks 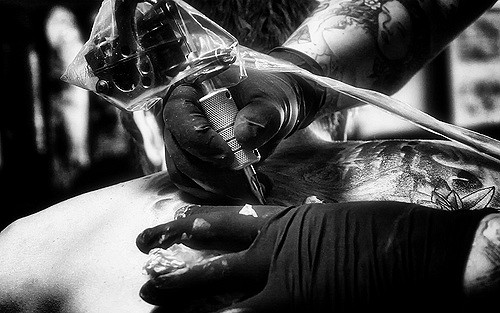 On our recent travels to Ho Chi Minh City my partner and I decided to get a tattoos.

Why we decided to get them We both had tattoos done this year at Family Business in London by Jonathan Mckenzie who is a very precise and fine detailed artist – it was actually my first ever tattoo. I didn't really think tattoos would be addictive, but here I am, getting my second one in the space of 4 months – in Vietnam!

We were a bit dubious about getting tattoos in a different country, as you have to think: Is it hygienic? Safe? Will I regret it?

It's really important to do your research on a tattooist and know what the standards are in the country you're getting it in. Obviously, if you're going for a bamboo tattoo in Thailand then there's a risk, but most tattooist now play by the hygiene rules – but check before you book. You should read reviews, look on social media and TripAdvisor, or better still talk to someone who got a tattoo at the same place.

Thailand to Malaysia by train (and a couple of ferries) 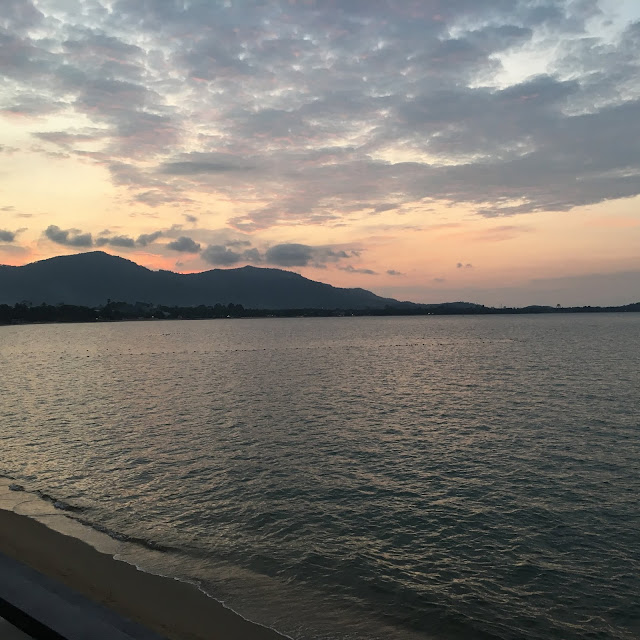 If you’re in Thailand and want to go to Malaysia without getting a long bus or a plane, than you’ll be pleased to know it is possible by train(s) and a few ferries. 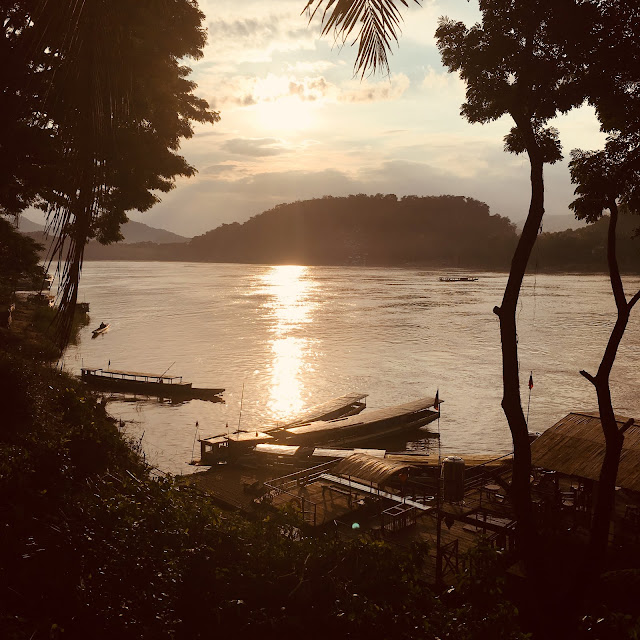 We didn't have many expectations for Luang Prabang, but when we left we were gutted we didn't spend more time there.

This post includes:
How to get to Luang PrabangWhat the atmosphere was likeKuang Si FallsThe Alms Giving Ceremony Coffee tastingThe Utopia barHow much we spent Atmosphere Classed as a world heritage site in 1995, Lurang Prabang is the ancient capital of Laos.

The town is full of charm and quaintness with its beautiful French-indochinese architecture with hints of modern influences. It feels like it's a place that doesn't know what to do with all the attention it gets, but doesn't care at the same time. Comparing it to other places we’ve been so far, I’d say it’s got the chill vibes of Pai mixed with a bit of Chiang Mai, but not as busy.

To get around town I'd highly recommend hiring a bicycle. It's not too busy on the roads, unlike it's neighbouring countries Thailand and Vietnam. You can easily get around in a few hours too - it's a v…
1 comment
Read more 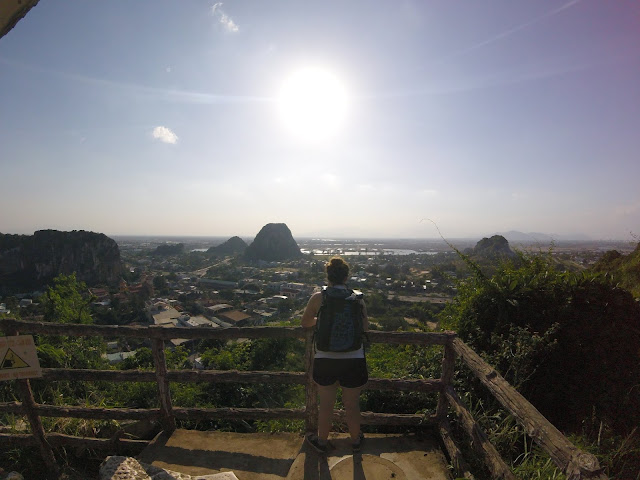 We've been on the road for about 2 months now so I thought I'd stop and reflect on what made us start travelling in the first place.

When you stop and think about it travelling is a bit odd – you leave behind family, stuff you’ve worked for and the comfort of your home to go to an unfamiliar place where you don’t understand the language and you deliberate over every piece of food you put in your mouth. But believe it or not travelling isn’t a revolutionary thing – if no one did it then most of the world wouldn’t know each other, and worst of all we’d probably have really bad coffee.

For me I see it as a means of educating and enriching myself in my own way. Learning that's not taught in some classroom, or read on the news, but mine.
Why we decided to travel For us (my partner and I) deciding to travel wasn't based on one reason as such, it was more of a collection of things and a shared understanding of what we wanted in this time of our lives. We felt we had worked en…
Post a Comment
Read more
More posts